Erwan Henry had the privilege to work all over the world in senior corporate positions for 30+ years.

Erwan was instrumental in the global growth of Wheelabrator-Allevard (now Winoa) that became the dominant world leader of the steel abrasives industry in one decade. He was for 16 years one of the top managers, President American operations (North & South) and VP Marketing (globally, with most of the development in Asia), executing the strategy and getting things done in the field, industrially and commercially.

He also had the opportunity to work for a Chinese industrial company near Xiamen in Fujian province in 2004-2005, gaining a rare insight on its way of doing business. He then became Commercial Director of a US corporation in Greater Europe until 2010

Erwan is since 2011 the managing partner of Iris International Sarl, globally engaged in market intelligence, transfer of technology, business development and M&A, with clients in about 30 countries.

He is moreover a guest lecturer in international business, teaching in executive MBA’s and other graduate programs at FIA in Sao Paulo, PUC in Rio de Janeiro, University of Shanghai, Universitas Indonesia in Jakarta, Baltic and Ural Federal Universities in Kaliningrad and Yekaterinburg, Chulalongkorn University in Bangkok, Caucasus University in Tbilisi, IAE-UGA and GEM in Grenoble and more. 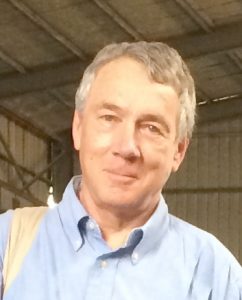 WHAT ERWAN HENRY CAN DO FOR YOU ?

Erwan Henry is available on request for:

This site uses cookies. By continuing to browse the site, you are agreeing to our use of cookies.

We may request cookies to be set on your device. We use cookies to let us know when you visit our websites, how you interact with us, to enrich your user experience, and to customize your relationship with our website.

Click on the different category headings to find out more. You can also change some of your preferences. Note that blocking some types of cookies may impact your experience on our websites and the services we are able to offer.

These cookies are strictly necessary to provide you with services available through our website and to use some of its features.

Because these cookies are strictly necessary to deliver the website, refuseing them will have impact how our site functions. You always can block or delete cookies by changing your browser settings and force blocking all cookies on this website. But this will always prompt you to accept/refuse cookies when revisiting our site.

We fully respect if you want to refuse cookies but to avoid asking you again and again kindly allow us to store a cookie for that. You are free to opt out any time or opt in for other cookies to get a better experience. If you refuse cookies we will remove all set cookies in our domain.

We provide you with a list of stored cookies on your computer in our domain so you can check what we stored. Due to security reasons we are not able to show or modify cookies from other domains. You can check these in your browser security settings.

We also use different external services like Google Webfonts, Google Maps, and external Video providers. Since these providers may collect personal data like your IP address we allow you to block them here. Please be aware that this might heavily reduce the functionality and appearance of our site. Changes will take effect once you reload the page.